This is not yours to take, please “HANDOVER” your claimsInvalidity Search for a Patent with FUZZY Claims 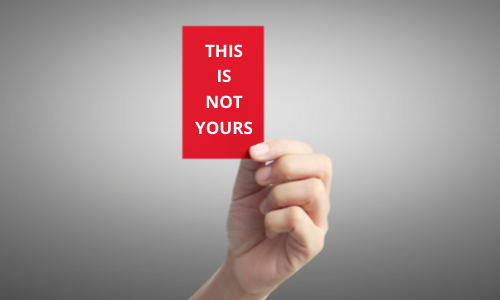 “A Patent with FUZZY claims having multiple interpretations was TAKEN CARE OF”
The way a single patent can take your enterprise to new heights same way a single patent infringement can destroy your well established market and can cost you billions of dollars. This is one of the major reasons invalidity searchers are always critical in nature. In this case, one of our major European client wanted us to perform an invalidation search for a competitor’s patent. The patent was related to telecommunications and our client had a range of products already being marketed and launched in the European markets. The claim of the subject patent was written in such a way that some of its interpretations could have been a threat to the clients existing products. The client asked us to provide strong prior arts to challenge the validity of the claim of the subject patent.

The client came to ExpertLancing team with a project to invalidate the independent as well as dependent claims of a patent that was describing an efficient technique of Handover in Telecommunication to avoid contentions. To be precise, the invention was about assigning a unique identifier to identify a User Equipment (UE) in the nearby cell that is about to enter the cell under the Target Base Station thereby resulting in lowering the possibility of collision. Every prior-art search has a unique challenge associated with it but in the case of an invalidation search, an examiner, before granting the patent, had already conducted his search during examination of the patent application makes the invalidation search even more challenging.

Whilst keeping in mind that the invalidation search has added layers of complexities associated with it, it is highly imperative to develop the thorough understanding of the novelty aspect of the claimed invention as per the broadest perception of the inventor as well as the examiner. While going through the prosecution history of the subject patent our team get to know that the examiner identified two prior-arts none of which were explicitly disclosing the novelty part of the invention. So the examiner combined both the prior arts to render the invention obvious. In response the applicant amended the claims of the invention by further narrowing the independent claim and stressed upon the uniqueness of the associated identifier and gave his argument that none of the prior art is able to disclose this aspect of the claimed invention. We also went through the prosecution history of the European counterpart of the subject patent and extracted the novelty part and references cited by the examiner, so here our team had the clear idea of the feature of the claimed invention that had to be destroyed in order to invalidate the patent.

To get an idea of the examiners mind-set during the conduction of search our team decided to take a glance over the examiner’s search strategy, since the examiner had already conducted a search on the handover techniques in telecommunication we strategized to commence our search with the major keywords and classes including those which were left-out by the examiner and to focus on other possible application areas of the claimed invention.

We kept our search focused on the novelty aspect of the invention without confining it with a specific application area and as we proceeded with our search and that was the point where we found our magic bullet, we started to encounter prior-arts which were highly focused on the Wireless Local Area Network (WLAN) instead of the mobile or cellular networks but were also discussing the concept handover.

Our team identified a prior art which was talking about reducing the time delay during handoff in a Wireless Local Area Network. In one embodiment the prior-art specifically mentioned that to circumvent the condition of collision during handover of a mobile terminal from one access point to another access point a sequence number has been assigned to all the mobile terminals present in the close proximity.

Further, to strengthen our arguments we continued with our search on other non-patent platforms to identify more prior-arts describing the novelty aspect of the claimed invention and found a prior-art listed on YouTube discussing the possible ways that can be opted to avoid contention problem in cellular networks, the prior art talked about giving a unique ID to all the UEs as a result of that the Base Station will know who is the requester and what are the other attributes associated with it.

Our team also identified several noteworthy prior-arts which were partially disclosing the novelty aspect of the claimed invention and were not identified during the examination of the subject patent.

So now we had the adequate prior-arts to prove that the invention claimed in the subject patent was not novel and knowledge pertaining to it was already there in the public domain before filing of the subject patent. Prior-art provided to the client by ExpertLancing team proved helpful in client’s lawsuit. The client praised the ExpertLancing team for timely delivery and exhaustive nature of the search.