Unleashing the technological advancements in a domain…

Landscape Study for a leading US Chemical Compounds manufacturer 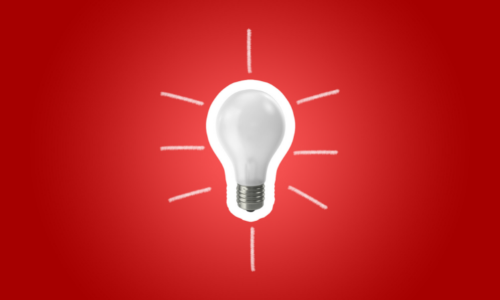 A US based chemical compounds manufacturer was able to comprehend its market only after our Landscape study of the domain.
A major manufacturing giant, in the field of production of chemical compounds was seeing a sudden rise in the number of Chinese companies in a particular product domain and our client was definitely not enjoying the decrease in its market share. The client wanted a ‘State of the Art’ along with a Market study, keeping Chinese companies in the center so that he can understand the REAL picture of the market.

The client wanted ExpertLancing to conduct a study on the process of production of an amino sugar and its derivatives widely used as the nutritional supplement in the medical and health industry across the globe. The client’s requirement was focused on two specific methods of producing amino sugar, one was direct production of amino sugar by fermentation and other was the production of chitin by fermentation followed by its hydrolysis to obtain amino sugar. Our client was actively involved in the production of above mentioned amino sugar in the United States and was witnessing a surge in the number of Chinese companies in the market. He wanted to understand the major players in the market (especially the Chinese players), the kind of Intellectual property owned by the Chinese counterparts and detailed insight into their production techniques.

We formally started with our project by developing the understanding of the client’s requirement. Our first step was to develop a strategy to search for the relevant patents, products and other non-patent literature by considering the broadest perspective of the client’s requirement and likewise inclining our search towards the Chinese references as per client’s need. ExpertLancing team conducted a State of Art search to understand the present state of technology in the domain. It revealed the pace at which the technology in the domain was advancing and its scope in near future.

While conducting a patent search on various databases through multiple search strategies a number of patents were identified, majority of which were Chinese patents. Our analysis revealed that a major section of the patents were disclosing the formation of amino sugar in exact similar manner as provided by client. Also, it came to our knowledge that a significant amount of research is going on in China in this particular field as there were plenty of Chinese patents in our search results.

Our ambitions didn’t stop here. We wanted to provide our client with the ease to absorb data in addition to patents and NPLs. Thus we segregated the patents based on assignee names and plotted them against their priority date. Given below is the visualization of the Top Assignees Vs Priority Year which clearly shows the increasing trend of filings in last couple of years by Chinese universities and Chinese companies. Also, the visualization shows that the Chinese universities are more active in this field in comparison to Chinese companies.

PRIORITY YEAR
The bar graph below shows the top 10 IPC Codes against Priority year. It is evident from the below graph that the year 2016 witnessed the highest number of patents filed.

IPC CODE CHART
We proceeded further with our search by incorporating the search for NPL documents. We found several NPL documents revealing the research work carried out by Chinese researchers. Most of the NPLs were based on the study of optimization of the various parameters of the production method and were taking the production method a step forward and suggested the alternate ways of production. Upon in-depth analysis of these NPL references we learned the reason as to why some patents were undermining the drawbacks of the conventional approach and were suggesting new methods which were superior to the existing method of production. The reason being the increasing environmental concern associated with the existing methods. Conventionally, the product was extracted from the crustaceans like shrimps, crabs et cetera but the increasing instances of allergy due to product extracted from animals and rising number of vegans had turned the focus of the industry towards alternate ways of producing the amino sugar like by use of fungi and plants.

We didn’t stop here, we went a step ahead and conducted a comprehensive market research for our client by which we came to know that the global market of the amino sugar is segmented into three segments viz. nutritional supplements, food & beverages and dairy products. Food & beverages was the new sector where amino sugar found its applications with Nutritional Supplements being the largest sector where this amino sugar is being consumed. Also, China turns out to be the largest consumer of such products, which was the reason for the increased research on amino sugar in China. The most important piece of information that was uncovered during the market research was the lawsuit filed by a US based company against six Chinese companies for infringing on a patent disclosing about the production of vegan amino sugars.

Our landscape study provided the client with a clear and comprehensive picture of the industry and also disclosed the major players of the field. In our report we provided our client the patent references, NPL references and also the interactive data visualization along with the comprehensive market research. Also, worth mentioning that the references we provided turned to be the strong references for client’s purpose. The client highly appreciated the references disclosing the advancement over the conventional method of production. This was the most important insight that gave a clear and much broader picture of what was going on in the industry. We again proved ourselves to be the experts in our field which was also reflected in the feedback provided by the client.

It only takes ONE string to come up with bang-on result but an effective strategy is always prerequisite for this.