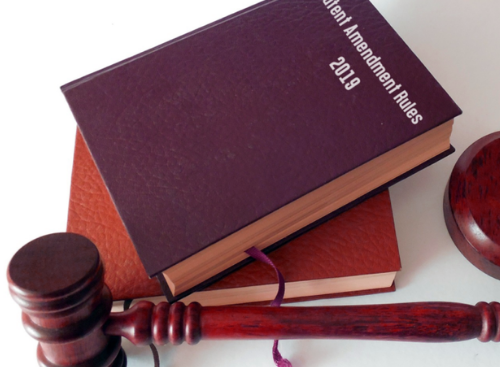 As a step of encouragement and increased ease of filing patents, The Indian Patent Office released a gazette notification on September 17, 2019 for implementation of the Patents (Amendment) Rules, 2019. The notification is a modification/extension of the original Patents Rules, 2003 and has been published almost nine months after it was first notified via the draft Patents (Amendment) Rules, 2018 on December 4. The introduced amendments allow a wider category of applicants to avail the benefits of expedited examination where earlier only startups and applicants nominating India as International Searching Authority (ISA) and/or International Preliminary Examining Authority (IPEA) were granted the convenience.

The objective of publishing of the Patents (Amendment) Rules, 2019 is the provision of expedited patent examinations to a broader groups or sectors of applicants in the future. The Patent Rules were first amended in 2016 to include the provision of expedited examinations and are further amended in 2018 draft to include the additional categories of applicants. Expedited examination is a more accelerated or fast-tracked mode of application filing and review of the application, than an ordinary patent application. The examiner of applications in this scenario is required to review and draft the report within a span of about two months from the date of reference of the application filing. This allows the examination to be completed appreciably sooner than the normal application and faster granting of patents. With the addition of eight new categories of applicants, the amendment is a major encouraging step in the direction of more successful IP industry. Another important aspect is the fee cost that was earlier high due to the maintenance of the patent application, has also been reduced substantially and helped the startups and other sectors in achieving more convenience of patent filing.

1. Rule 6(1A) : Amendment in method of filing of documents

Prior to the modification, the filing of documents was required to be only through an electronic transmission followed by the submission of the original documents, within 15 days from the date of filing at the Indian Patent Office.

However, the new amendments allow a major change in the filing procedure by requiring the submission of ONLY the authenticated electronic transmission by the applicant within the 15 days time period. The physical hardcopy shall be presented only on the official request of the Patent Office within a span of 15 days from the date of demand, failure of which would be regarded as not filed.

While earlier only small entities were required to submit Form-28 every time any fee had to be paid for any document submission, now the amended rule includes the applicants from Startups to also file Form 28 along with small entities.

3. Rule 24 C : Eligibility of applicants that can file for expedited examination

Until the amendment, expedited examination was only applicable in conditions when –

A. applicant is a startup (Indian or non-Indian)

The amended rules of Patents (Amendment) Rules, 2019 now extend this application to a larger group or sector of applicants. Any of the following can qualify for the aforementioned provision:

A new addition has been made in the sub-rule (2) of the Patents (Amendment) Rules, 2019 that states that ”the Controller shall, by order, constitute a bench comprising two members, who shall proceed to dispose of the application and the representation jointly: Provided that if the members of the bench differ in opinion on any issue, the Controller shall nominate a third member to the bench and subsequently the majority decision will be treated as final.”

5. 48A and 49A : Transmittal fee for ePCT applications

Another important amendment to the rules benefits the applicants filing electronically due to non-payment of any transmittance fee if the application is an ePCT filing, while fees ranging from 3200-16000 would still be needed for the payment of filing of the physical copy. Also, the fee for the preparation of a certified copy of priority document and sharing of the same via e-transmission through WIPO DAS has been waived off.

Corresponding to the changes made above, to accommodate the new applicants eligible for expedited examination, similar amendments have also been made to the Form 18A, dealing with the same.

REQUIRED DOCUMENTS AS EVIDENCE OF ELIGIBILITY

1. In case where India has been chosen as ISA – a corresponding ISA number issued by International Searching Authority, India

2. In case where India has been chosen as an IPEA – a corresponding IPEA number issued by International Preliminary Examining, India

3. In case of startups – A certificate of recognition as a startup issued by Department for Promotion of Industry and Internal Trade for Indian applicants and any such eligible document for foreign applicants.

4. In case of small entities – Evidence of registration under the Micro, Small and Medium Enterprises Act, 2006 for Indian applicants and any such eligible document for foreign applicants.

5. For female applicants – A valid photo identity card as evidence of eligibility in case of both Indian and foreign applicants.

6. For eligibility as a department of the Government – any document of proof in case of both Indian or foreign applicants.

7. For eligibility as an institution established by a Central, Provincial or State Act, which is owned or controlled by the Government – any document of proof in case of both Indian or foreign applicants.

8. For eligibility as a Government company as defined in clause (45) of section 2 of the Companies Act, 2013 – any document of proof in case of both Indian or foreign applicants.

9. For eligibility as an institution wholly or substantially financed by the Government – any document of proof in case of both Indian or foreign applicants.

11. For applications within an agreement between Indian Patent Office and a foreign Patent Office – declarations and valid documents as required by the Controller.