Waymo vs. Uber Case Will Change Your Misconception On The Trade Secret Theft Laws 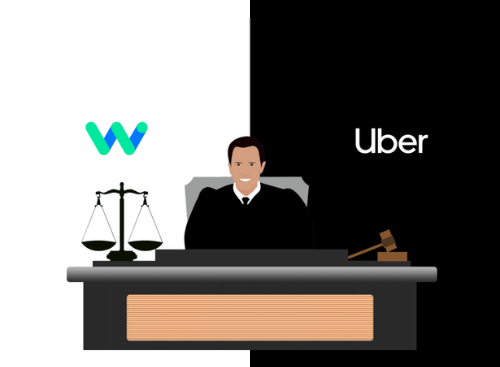 Trade secret, a type of intellectual property plays a significant role in the growth of the business. A trade secret may consist of technical or commercial information that is utilized in business. It may be any valuable business information, computer software, a manufacturing apparatus or process, or a formula for a chemical compound. It offers an advantage over competitors who are not aware of such information. This information is protected under trade secret laws. The Theft of Trade Secrets is considered as a Federal Crime. It is also known as economic espionage or industrial espionage.

The Economic Espionage Act (EEA) is used as a weapon to reduce corporate espionage and the loss of valuable corporate information. It is majorly used in the United States and private companies and may result in a big amount of fine of up to $5,000,000.for an individual (up to $5 million for corporations), imprisonment up to ten years, or both. The EEA is considered as a powerful tool to protect the trade secrets of an organization. Apart from EEA, there are numerous laws that are utilized to prevent the theft of trade secrets.

This case study is related to the theft of trade secrets of Google by Uber. The objective of this case study to portray the power of laws made to protect Economic Espionage.

In 2017, Waymo which is Google’s self-driving car unit sued Uber for patent infringement stealing the information related to self-driving cars. Waymo also sued Anthony Levandowski for stealing trade secrets of Google. Uber and Anthony Levandowski pleaded guilty for stealing and using the trade secrets of Google. It was proved in court that before leaving Google, Levandowski had downloaded multiple testing documentation, manufacturing, engineering, business, and highly confidential files related to self-driving car technology. It was also proved that Uber was using Google’s trade secrets. As a result, the court ordered Mr. Levandowski to pay $179 million to Google. The court also ordered Uber to pay $245 million to Waymo.

In 2018, the lawsuit settled and Uber agreed to pay $245 million to Waymo. However, Mr. Levandowski still has to pay $179 million. It leads him to file for chapter 11 bankruptcy protection and he claimed that he had left with the amount less than $100 million.